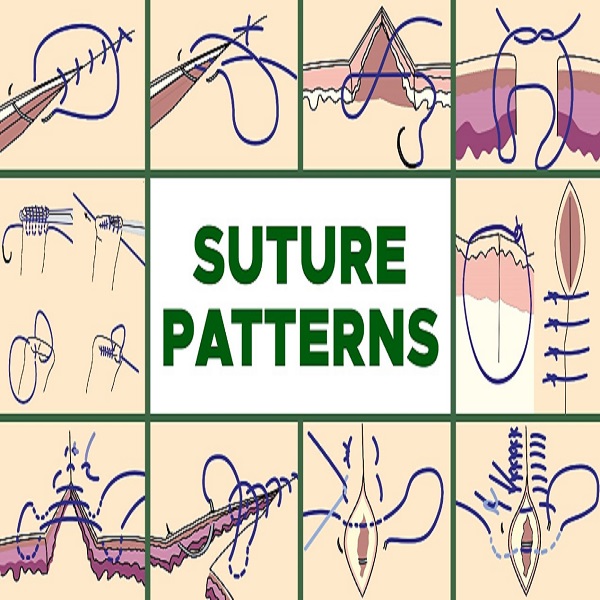 Development of good technique requires a knowledge and understanding of the rational mechanics involved in suturing.

When taking a bite of the tissue, the needle should be pushed through using only a wrist action, if it becomes difficult to pass through the tissue, an incorrect needle may have been selected, or the needle may be blunt.

The tension of the suture material should be maintained throughout to prevent slack sutures, and the distance between the sutures should be equal.

The use of a specific suture pattern may vary depending on the area being sutured, the length of the incision, the tension at the suture line, and the specific need for apposition, inversion, or eversion of the tissues.

Suture patterns can be broadly categorized as interrupted or continuous.